This post will consist of some thoughts that bother me for some time now. It won’t be about testing only, but about the whole modern process of software delivery. Reading shall take some time, so grab some sandwiches, coffee and come along with my story 🙂

We produce more and more software

Several years ago, it started to be visible that we live faster. We eat in a hurry, don’t care about cooking or running out of global resources. We became dedicated to meaningless things, such as smartphones, watches and gadgets to impress our society.

On the other hand, at some point, people noticed that the quality and durability of equipment they have at their homes: cars, washing machines, mobile phones etc. is lower than in used to be. It became more efficient to buy a new thing than to repair the old one. We started to produce lot of waste, polluting the environment and thinking that we have another Earth to move to. It took some time to notice, that, in fact, we don’t have a spare one. Simple, but surprising thought, made us be more eco-minded and aware of human’s impact on the planet.

Slow lifestyle, vegan food, bikes instead of cars, repairing old furniture, producing new items in more environmental friendly way – it is all happening now, and we keep on changing our lifestyles in order to save the planet for the future generations.

What has software industry to do with it?

The more devices we produce – the more software it requires. Modern fridges, microwaves or even toys tend to be equipped with some sort of software, can have WI-FI connection or are prone to be hacked. It means, that IT industry is no longer separated branch on the marked, or there that there is a bunch of guys somewhere, who produce software for your computer. Internet of Things enabled us to have software almost everywhere, furthermore, someone must write and test it.

Here is the point of my first doubt – if some device consists of some sort of software – does it mean that is has to be tested by somebody?

We test, but we don’t fix

My career as a software tester is not very long now, but since now, I had an opportunity to work is several projects related to various parts of the global market. As you probably know already, I also like to talk to people and exchange ideas and gain some other peoples’ experience regarding their projects. In addition, I am also an internet addict,
I do admit that – I shop online, read blogs and watch movies on the internet.

In a contrary, as a software tester, I am also quite picky user and when something on the website pisses me off – I don’t use the service anymore, unless I have no other choice.

What I would like to emphasise here is the matter of choice, in fact.

In my short software tester’s career (too many times!) I came across with the approach that when we know about the bug – our job is done. It takes too much effort (MONEY) to fix it, so we collect non-critical ones in our backlog and struggle to have them fix for end users. Does it sound familiar to you, Dear Reader?

It made me cry so many times observing my projects sinking in the sea of spaghetti code and UI issues.  Unfortunately, it was often way too visible, that I had been the only person, who bothered.

And here we are – software testers – doing the best we can to expose flaws of our products,  to protect our users, being angry and powerless at the same time. Product managers, product owners don’t listen to us, they just sell and expand the products worldwide.

Is it bad? It seems to be short-term profitable, but sadly, we may end up with piles of hideous software as we end up with polluted air, rivers and garbage in Indian Ocean.

When talking about the choice – there are branches on the market – which benefit from not having a competition. In Poland, where I live, this would be a public sector’s case – schools, national insurance, security. There is usually a tender in order to choose
a supplier of a software for certain public organisation, but in most of the cases the cheapest offer wins.
How do people manage to obtain the cheapest offer? They don’t include quality in their estimations. Simple.
Who will be the most impacted by the poor quality of the software here? Us. Hopefully, the person who made all bad decisions as well. An employee, who uses this software on daily basis has NO CHOICE. He is forced to use CRAPPY software, because it’s a part of his job. He must struggle, because somebody a few months back – was thinking just about his own profit. This is just against work ethics – but it happens in most of the cases.

We sell more than we have coded

Quality – not quantity – this is the sentence we teach newcomers in testing industry.
However, sometimes I think, that there is literally nobody, who cares about software quality. What’s the point of testing, if we don’t fix our mistakes?
During my last speech at SeeTest I said, “as a result of selling non-existing software” and, frankly, there or wherever I said that – the audience shared same feelings and knew exactly what I was talking about.

Are we in software delivery era, in which quality doesn’t matter anymore?

Out ‘businesses’ sell features, which are in their minds only, claiming it’s already existed and after that push us to write code faster, without impediments. What I mean by distractions – bug fixes for instance. I was in such projects, I know how that feels and how hopeless people are in such crazy circumstances.

What do we have in return?
Faulty websites, online stores which display 503 or 404 on daily basis, dramatic UI, crashing mobile applications or just literally – non-usable software. 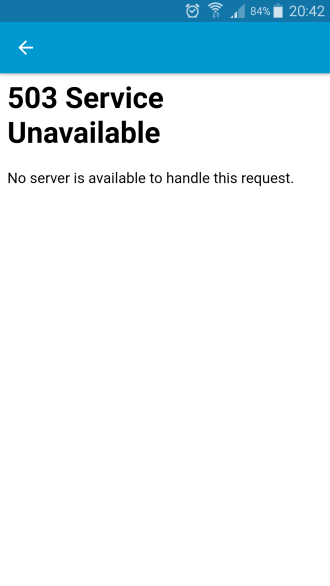 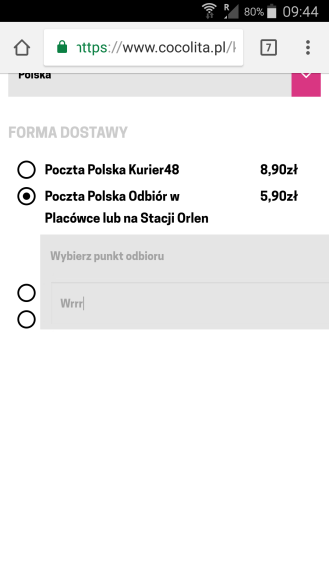 I don’t mind fast pace of work – it is stimulating and efficient, but I miss the care about end user. We produce fast-food software rather that slowly cooked pieces which would make us proud. I don’t think that a software tester is glad when his team receives bugs or complaints from production, but how could he help in the first place?

I am angry, because during my online shopping it happens more often that I receive errors, UI issues, drop-downs without items or my mobile applications just crash. When
I want to be kind and nice – I report those issues – but usually nobody responses and the issues  still exist.

We keep on racing each other – neglecting quality. ‘Fast’ is the new black.

Sadly, I don’t think that even persistent testers are able to fight with the approach. Maybe, there has to come a moment, as it was with coal usage or waste in the oceans,  when it will be obvious for us to stop and think.
I hope, there will be this moment, once more, in software industry, when ‘business’ would start to think not only about their fast profit but also about the end user.

Sorry for melancholy today, it just bothers me.

My Test Talk with Joe Colantonio